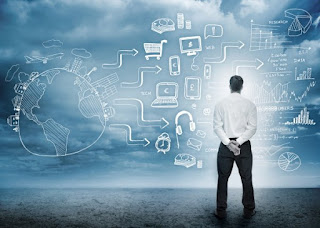 I had a minor meltdown last week over how I had structured my business taxes. I won't bore you with all the details, but it boiled down to this:
As you all know, screwing with the IRS is a bad idea, even if your revenue is only in the 5 digits. So at the start of this year, I hired an accountant and fully realized the depth of my mistake. And because I am a person who is pathologically prone to commitment (what Gretchen Ruben calls "an upholder"), I continued on with this corporation structure, even though I knew I was paying more than I should.
Until now.
Last week, I completely dissolved my LLC. Why? Because sometimes starting fresh is the best thing. There were a lot of tasks involved, but it was quicker, easier, and more freeing than I imagined. What was especially freeing was the knowledge that I had unnecessarily complicated things for myself.
HUSTLE CULTURE AND THE MYTH OF COMPLICATED PROCESSES
My taxes weren't the only thing that I unnecessarily complicated for myself. From paying for a fancy website I didn't need to launching a course on MY OWN platform that no one had heard of, I fell into the idea that if you want to be taken seriously, then you need to go big or go home.
I don't buy into Gary Vaynerchuck's view of the world and you wouldn't catch me anywhere near one of the Boss Babe influencers. But I did fall prey to the idea that if I just spent a lot of money on fancy, complicated systems, then the earnings I gained would make up for it. Because I was "investing in my business."
Weird how people who are selling you something always insist you're investing in yourself. But really, you're investing in them.
So I've simplified just about everything.
I feel lighter already, especially since this simplified operating budget makes my accountant happy. Do you sometimes make things unnecessarily complicated? If so, please tell me how.
I sincerely hope I'm not the only one.